As you may recall, we started a series on touch screen use for older adults (or anyone else who might need a little help). Our introductory post to the series is here. In this post, we are going to focus on the ‘Tap and Hold’ movement, which you might also see called a ‘long press’ or ‘long touch’.

There are a few reasons we are focusing on this in a separate post, rather than just pulling it into the post on the simple tap:

1) It’s an important thing to learn if you want to rearrange your apps on your home screen, rename a folder, or get rid of an app;

2) This is the way that the iPad/Phone and Android operating systems help us do other tasks – like copying a photo from a website or Facebook, copying and defining text, magnification, and in some instances, using the text-speech function;

But MOST IMPORTANTLY, it’s important to learn the distinction between a simple tap and a tap/hold if you want to prevent confusion and accidental deletion of apps.

The first thing to remember is that these are capacitive screens. If you aren’t sure what that means – read a simple explanation here. This is important because it reminds us that it is not about how HARD we push – but rather how long we hold it for.

The simplest way to teach this skill, and to differentiate it from the simple tap, is to repeatedly practice opening an app (reinforcing the simple tap), and then to repeatedly practice the long tap – holding until the app ‘wiggles’ or ‘dances’. On the homescreen, simply hit the ‘Home’ button to stop the dancing (and prevent app deletion). Practicing the difference between them should reinforce the skill.

If that’s not enough, or you get bored, there are a few games/activities that use the two different motions, which could be useful – but they tend to be more complex. Instead, here is one good option to help with your teaching and learning – just remember the object here is not winning, its learning! 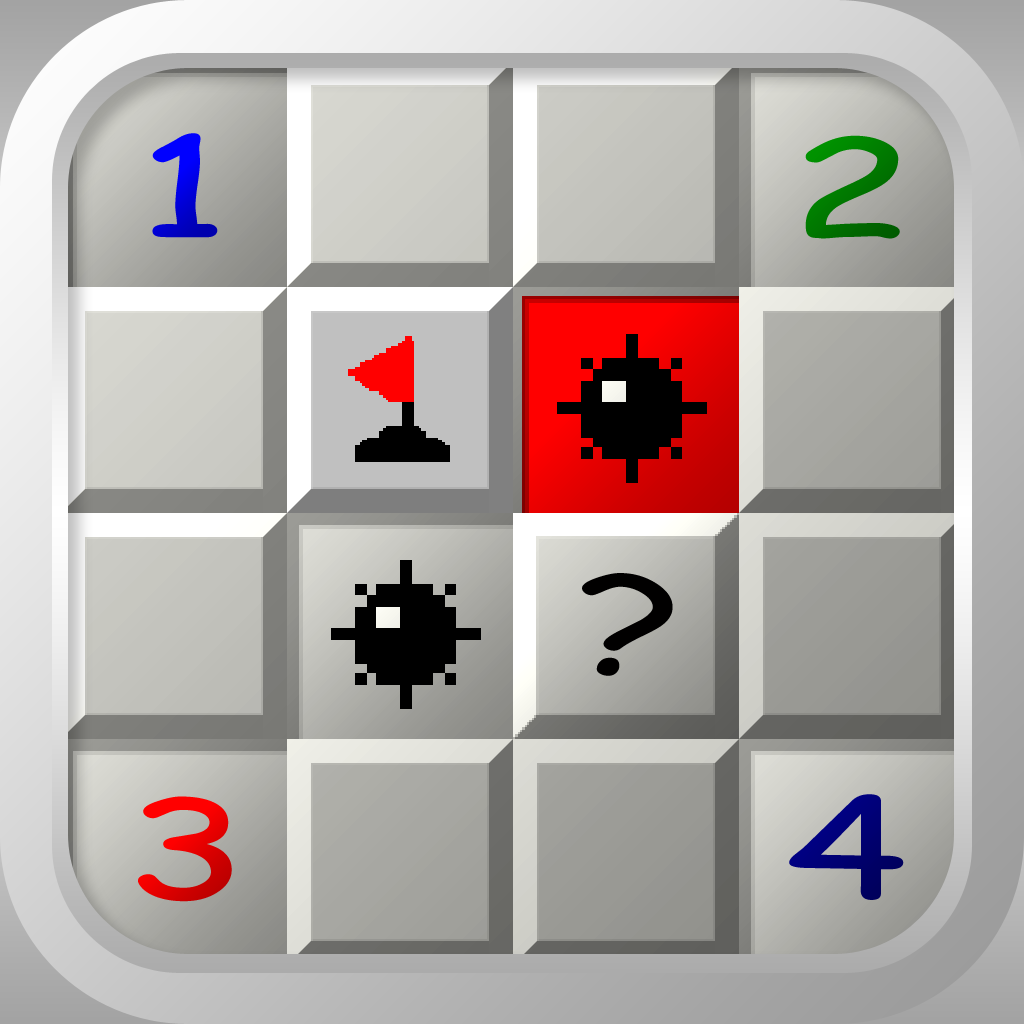 Minesweeper Q: You might remember the classic game of Minesweeper from your Windows based system. The app versions tend to use multiple types of movements, so are good for basic teaching. A simple tap reveals the tile underneath, while a tap and hold gives you the option to flag the tile. Minesweeper Q is a free version – and there are lots more like it. On phones, the screen can be quite small, but try it out on a tablet for easier targeting. Available for Free on the App Store. There are similar options on the Google Play Store for Android but I haven’t been able to try them out yet. As soon as I can, I’ll update the post!

I’d love to hear if you have any other examples of games using this motion, and your challenges with teaching it! Feel free to leave a comment below or get in touch by email.